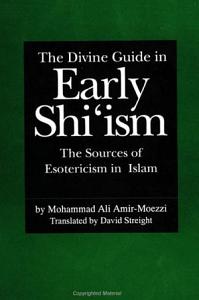 Book Description: The Imam, the Divine Guide, is the central point around which the Shi'ite religion turns. The power of Shi'ism comes from the actions of the Imam. This title is reserved exclusively for the sucessors of the prophets in their mission. The author shows that from the beginning of Shi'ite Islam until the tenth century, the Imam was primarily a master of knowledge with supernatural powers, not a jurist theologian. The Imam is the threshold through which God and the creatures communicate. He is thus a cosmic necessity, the key and the center of the universal economy of the sacred. The author presents Shi'ism as a religion founded on double dimensions where the role of the leader remains constantly central: perpetual initiation into divine secrets and continued confrontation with anti-initiation forces. Without esotericism, exotericism loses its meaning. Early Imamism is an esoteric doctrine. Historically, then, at the beginning of esotericism in Islam, we find an initiatory, mystical, and occultist doctrine. This is the first book to systematically explore the immense literature attributed to the Imams themselves in order to recover the authentic original vision. It restores an essential source of esotericism in the world of Islam. 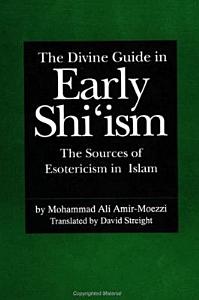 Book Description: Abbreviations Preface Chapter I Introduction: Return to the Earliest Sources Hiero-Intelligence and Reason Esotericism and Rationalization The Sources The Nature and Authority of Imamite Traditions Chapter II The Pre-Existence of the Imam The Worlds before the World. The Guide-Light Adamic Humanity. The "Voyage" of the Light Excursus: "Vision with the Heart" Conception and Birth Chapter III The Existence of the Imam Comments on the "Political" Life of the Imams The Sacred Science Notes on the "Integral Qur’an* " The Sacred Power Chapter IV The Super-Existence of the Imam Imamite Points of View on the Ancientness of the Information The Imam and His Occultation: Esoteric Aspects The Return and the Rising: Esoteric Aspects Conclusions Appendix: Some Implications of the Occultation: Individual Religion and Collective Religion Notes Bibliography General Index 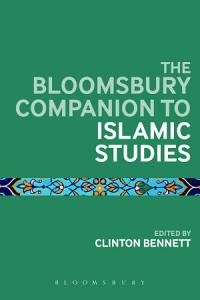 Book Description: A comprehensive one-volume reference resource to Islamic Studies and key research fields within it, written by an international team of leading scholars. 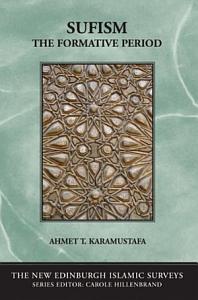 Book Description: This book is a comprehensive historical overview of the formative period of Sufism, the major mystical tradition in Islam, from the ninth to the twelfth century CE. Based on a fresh reading of the primary sources and integrating the findings of recent scholarship on the subject, the author presents a unified narrative of Sufism's historical development within an innovative analytical framework. Karamustafa gives a new account of the emergence of mystical currents in Islam during the ninth century and traces the rapid spread of Iraq-based Sufism to other regions of the Islamic world and its fusion with indigenous mystical movements elsewhere, most notably the Malr cultural context 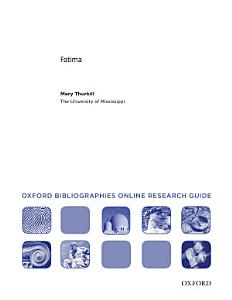 Book Description: This ebook is a selective guide designed to help scholars and students of Islamic studies find reliable sources of information by directing them to the best available scholarly materials in whatever form or format they appear from books, chapters, and journal articles to online archives, electronic data sets, and blogs. Written by a leading international authority on the subject, the ebook provides bibliographic information supported by direct recommendations about which sources to consult and editorial commentary to make it clear how the cited sources are interrelated related. A reader will discover, for instance, the most reliable introductions and overviews to the topic, and the most important publications on various areas of scholarly interest within this topic. In Islamic studies, as in other disciplines, researchers at all levels are drowning in potentially useful scholarly information, and this guide has been created as a tool for cutting through that material to find the exact source you need. This ebook is a static version of an article from Oxford Bibliographies Online: Islamic Studies, a dynamic, continuously updated, online resource designed to provide authoritative guidance through scholarship and other materials relevant to the study of the Islamic religion and Muslim cultures. Oxford Bibliographies Online covers most subject disciplines within the social science and humanities, for more information visit www.aboutobo.com. 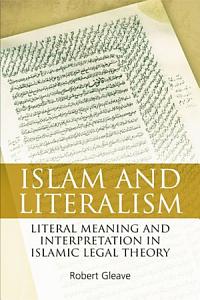 Book Description: In this reading of Islamic legal hermeneutics, Robert Gleave explores various competing notions of literal meaning, linked to both theological doctrine and historical developments, together with insights from modern semantic and pragmatic philosophers. Literal meaning is what a text means in itself, regardless of what its author intends to convey or the reader understands to be its message. As Islamic law is based on the central texts of Islam, the idea of a literal meaning that rules over human attempts to understand God's message has resulted in a series of debates amongst modern Muslim legal theorists. 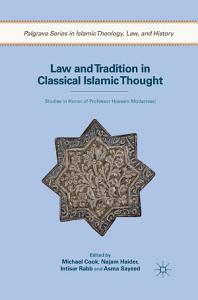 Book Description: Bringing together essays on topics related to Islamic law, this book is composed of articles by prominent legal scholars and historians of Islam. They exemplify a critical development in the field of Islamic Studies: the proliferation of methodological approaches that employ a broad variety of sources to analyze social and political developments. 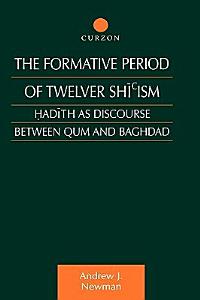 Book Description: Machine generated contents note: CHAPTER ONE: The View from Baghdad: The ShT'a in the Early -- Third/Ninth Century -- The ShT'i/Mu'tazili and Court Alliance During the Caliphate of -- al-Ma'mun -- Shl'ism and 'Popular' Rebellion in the Umayyad and Early -- Abbasid Periods -- The Anarchy of the Second Civil War and Further ShT'i Uprisings -- CHAPTER TWO: The View from Baghdad: The ShT'a at the Turn -- of the Third/Ninth Century -- The Shi'i Resurgence -- The Shi'i Vizierates and the Rise of the Banu Nawbakht -- The Conditionality of ImamT Rationalism: The Achievements of -- the BanO Nawbakht -- Summary and Conclusion -- CHAPTER THREE: Pockets of Believers: The View from the ShT'T -- City-State of Qum -- Sunnism in Iran: Traditionism and Egalitarianism -- The Sht'a in Third/Ninth Century Iran -- The Twelver Sht'a in Iran: Between Centres and Peripheries -- A Shi'i Haven: Qum and the Ash'art Tribe -- Tribe and City -- Ash'ari Qum and Abbasid Baghdad -- CHAPTER FOUR: Al-Barqi and the Beginnings of the QummT/ -- Ash'arT Association with the Traditions -- Ahmad b. Muhammad al-Barqi: the Mawla Traditionist -- Al-Barqi and al-Mahsin -- Summary and Conclusion -- CHAPTER FIVE: Al-Saffar's Basa'ir al-Darajat: Theological -- Discourse As Encouragement -- Basa'ir as Qummi Discourse -- The Importance of 'Ilm and Its Possessors -- The Miraculous Nature, Substance and Transmission of the Imams' 'Ilm -- The Unique Nature of the Imams and their Sht'a -- The Unique Abilities of the Imams -- Summary and Conclusions -- CHAPTER SIX: Al-KulaynT's al-Kaff: The Qummi Response to -- Baghdadi Rationalism -- Al-KulaynT on al-Kafti2 Baghdad's Rationalist Discourse on the Edge -- The Centrality of al-'Aql and al-'Ilm: the Repudiation of Rationalism -- The Grace of al-'Ilm -- Summary and Conclusion -- CHAPTER SEVEN: Al-Saffar and al-KulaynT on the Imams and the -- Imamate: Twelver Theology Between Qum and Baghdad -- The Qummi/Ash'ari Connection to Twelver Traditionist Theology -- The Theology of al-Kafi Kitab al-Tawhfd -- Twelver Theology Between Qum and Baghdad: Al-Kaft's Kitab al- Hujja -- The Imamology in Basa'ir and al-Kaft's Kitab al-, Huja: a Comparative -- Approach -- Special Effects and Possessions Possessed by the Imams -- Their Special Personages -- The Unique Abilities of the Imams -- Al-Kulayni's Excisions -- CHAPTER EIGHT: AI-Kafi From Theology to Practice -- The Practical Nature of al-Usil's Traditions -- The Traditions of al-Furd' as QummT Discourse on Points of Practice -- The Collection and Obligations of al-Khums -- The Collection and Distribution of Alms -- 'Fle Obligation and Conduct of Congregational Prayer -- Overt Confrontation with Authority -- Al-Amr and al-Nahy -- The Permitted Scope of Personal Relations, and Confrontation, -- With Authority -- The Implementation of al-. Hudzud During the Occultation -- Judicial Arbitration in the Absence of the Imam -- The Imams and al-Jawr in al-Kafi -- CHAPTER NINE: Summary and Conclusions -- Bibliography -- Index of Qur'anic verses cited -- Index. 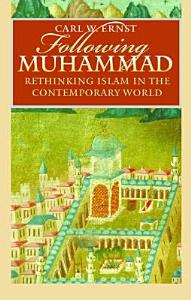 Book Description: The author departs from the Middle Eastern-focused orientation of many guides to Islam, focusing on the religion as a worldwide phenomenon that is practiced by twenty percent of the world's population, covering the various movements within the religion that affect the modern world. (Religion--Islam) 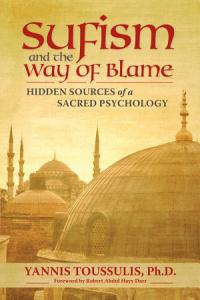 Book Description: Gold Winner of the 2012 Benjamin Franklin Award and the 2012 Independent Publisher Book Award! This is a definitive book on the Sufi “way of blame” that addresses the cultural life of Sufism in its entirety. Originating in ninth-century Persia, the “way of blame” (Arab. malamatiyya) is a little-known tradition within larger Sufism that focused on the psychology of egoism and engaged in self-critique. Later, the term referred to those Sufis who shunned Islamic literalism and formalism, thus being worthy of “blame.” Yannis Toussulis may be the first to explore the relation between this controversial movement and the larger tradition of Sufism, as well as between Sufism and Islam generally, throughout history to the present. Both a Western professor of the psychology of religion and a Sufi practitioner, Toussulis has studied malamatiyya for over a decade. Explaining Sufism as a lifelong practice to become a “perfect mirror in which God contemplates Himself,” he draws on and critiques contemporary interpretations by G. I Gurdjieff, J. G. Bennett, and Idries Shah, as well as on Frithjof Schuon, Martin Lings, and Seyyed Hossein Nasr. He also contributes personal research conducted with one of the last living representatives of the way of blame in Turkey today, Mehmet Selim Ozic.