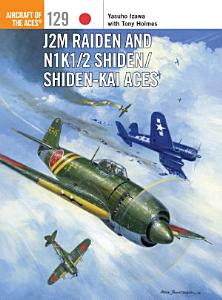 Book Description: Although seen as a replacement for the A6M Zero-sen carrier-based fighter, the Mitsubishi J2M Raiden was actually designed as a land-based naval interceptor optimised for speed rather than manoeuvrability. Engine cooling problems for its Mitsubishi Kasai 23 engine, airflow and flight control issues plagued the Raiden's development, but despite these production delays, aces Sadaaki Akamatsu Yoshihiro Aoki, Susumu Ito and Susumu Ishihara all claimed significant scores in the Raiden. Kawanishi's N1K family of fighters were privately developed by the manufacturer from the N1K Kyofu floatplane fighter. Again plagued by structural and engine maladies, the N1K1-J Shiden eventually entered frontline service in time to see considerable action in the doomed defence of the Philippines in October 1944. Despite suffering heavy losses, the units equipped with new fighter proved that the N1K could more than hold its own against P-38s and F6Fs. The improved N1K2-J Shiden-KAI started to reach the frontline by late 1944 – in time for defence of the Home Islands. Here, it proved to be the best IJN fighter of the war. 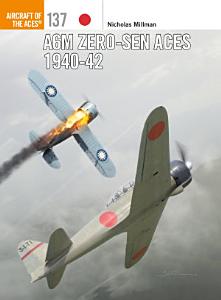 Book Description: The Mitsubishi A6M Zero-sen was Japan's Spitfire. In continuous development and operational service from the time of the Sino-Japanese war in 1940 to the end of the Pacific War in 1945, it is held in almost mythical awe, similar to Britain's legendary fighter aircraft. At the time of its operational debut the fighter's design features offered the revolutionary combination of an all-round vision canopy, cannon armament and a jettisonable drop tank giving it phenomenal range. Together with the flying and tactical proficiency of superbly trained pilots, this made the Zero-sen a true strategic fighter, spearheading Japan's offensive in the Pacific. It was also the mount of a plethora of successful and flamboyant naval aces engaged in both sea and land campaigns. This volume covers the use of the A6M2 variant from its debut in China to the Solomons Campaign, and also tells the story of the A6M2-N "Rufe" floatplane fighter aces. 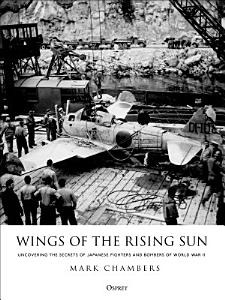 Book Description: In the Pacific War's early years, Japanese air power was dominant. The only way for the Allies to defeat their enemy was to know it. This made the task of maintaining productive intelligence gathering efforts on Japan imperative. Establishing Technical Air Intelligence Units in the Pacific Theatre and the Technical Air Intelligence Center in Washington DC, the Allies were able to begin to reveal the secrets of Japanese air power through extensive flight testing and evaluation of captured enemy aircraft and equipment. These provided an illuminating perspective on Japanese aircraft and aerial weapon design philosophy and manufacturing practice. Fully illustrated throughout with a wealth of previously unpublished photographs, Mark Chambers explores Allied efforts to evaluate the strengths and weaknesses of Japanese air power during the war years, and how this intelligence helped them achieve victory in the Pacific.