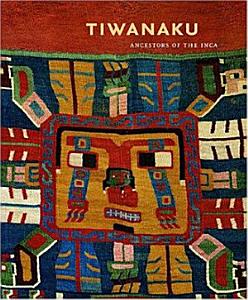 Book Description: Introduces the striking artwork and fascinating rituals of this highland culture through approximately one hundred works of art and cultural treasures. 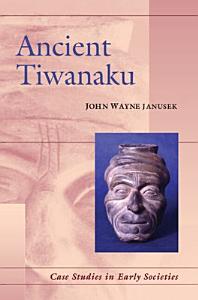 Book Description: Nearly a millennium before the Inca forged a pan-Andean empire in the South American Andes, Tiwanaku emerged as a major center of political, economic, and religious life on the mountainous southern shores of Lake Titicaca. Tiwanaku influenced vast regions of the Andes and became one of the most important and enduring civilizations of the pre-Columbian Americas. Yet for centuries, the nature and antiquity of Tiwanaku remained a great mystery. Only over the past couple of decades has archaeological research begun to explore in depth the fascinating character of Tiwanaku culture and the way of life of its people. Ancient Tiwanaku synthesizes a wealth of past and current research on this fascinating high-altitude civilization. In the first major synthesis on the subject in nearly fifteen years, John Wayne Janusek explores Tiwanaku civilization in its geographical and cultural setting, tracing its long rise to power, vast geopolitical influences, and violent collapse. 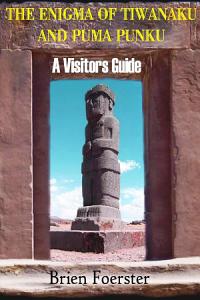 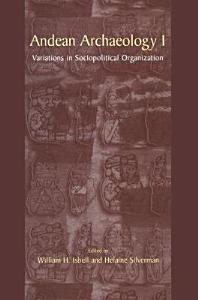 Book Description: The origins and development of civilization are vital components to the understanding of the cultural processes that create human societies. Comparing and contrasting the evolutionary sequences from different civilizations is one approach to discovering their unique development. One area for comparison is in the Central Andes where several societies remained in isolation without a written language. As a direct result, the only resource for understanding these societies is in their material artefacts. In this work, the focus is on what the material remains reveal about the sociopolitical structures of the Central Andes region. This focus on ancient identity politics adopts a perspective that explicitly interrogates the processes and strategies by which higher social groups acted as self-interested agents in the achievement and maintenance of differential status, including: symbols of power and their role in the construction of an elite identity; social legitimization and achievement of economic or material power; design of architecture for the display of power and exercise of social control; and promotion of labor-intensive agriculture for the purpose of surplus production and extraction. 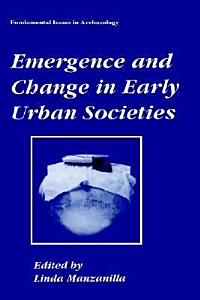 Book Description: This wide-ranging reference provides an overview of the different factors involved in the emergence and change in early urban societies in the Fourth Millennium B.C., including Mesopotamia and Egypt, pre-Shang China, Classic Horizon Central Mexico and the Mayan area, and middle Horizon societies in the Andean region. The contributors examine such factors as centralized storage and redistributive economies, agro-managerial models, mercantile network control, and conflict and conquest. The coverage emphasizes specific archaeological data useful in theoretical construction. 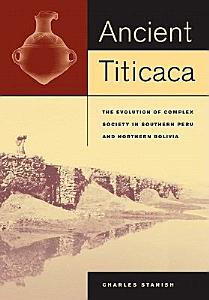 Book Description: One of the richest and most complex civilizations in ancient America evolved around Lake Titicaca in southern Peru and northern Bolivia. This book is the first comprehensive synthesis of four thousand years of prehistory for the entire Titicaca region. It is a fascinating story of the transition from hunting and gathering to early agriculture, to the formation of the Tiwanaku and Pucara civilizations, and to the double conquest of the region, first by the powerful neighboring Inca in the fifteenth century and a century later by the Spanish Crown. Based on more than fifteen years of field research in Peru and Bolivia, Charles Stanish's book brings together a wide range of ethnographic, historical, and archaeological data, including material that has not yet been published. This landmark work brings the author's intimate knowledge of the ethnography and archaeology in this region to bear on major theoretical concerns in evolutionary anthropology. Stanish provides a broad comparative framework for evaluating how these complex societies developed. After giving an overview of the region's archaeology and cultural history, he discusses the history of archaeological research in the Titicaca Basin, as well as its geography, ecology, and ethnography. He then synthesizes the data from six archaeological periods in the Titicaca Basin within an evolutionary anthropological framework. Titicaca Basin prehistory has long been viewed through the lens of first Inca intellectuals and the Spanish state. This book demonstrates that the ancestors of the Aymara people of the Titicaca Basin rivaled the Incas in wealth, sophistication, and cultural genius. The provocative data and interpretations of this book will also make us think anew about the rise and fall of other civilizations throughout history. 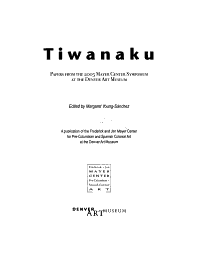 Book Description: In 2005, the Denver Art Museum hosted a symposium in conjunction with the exhibition Tiwanaku: Ancestors of the Inca. An international array of scholars of Tiwanaku, Wari, and Inca art and archaeology presented results of the latest research conducted in Bolivia, Chile, and Peru. Bringing together current research on Pucara, Tiwanaku, Wari, and Inca art and archaeology, this volume will be an important resource for scholars and enthusiasts of ancient South America. 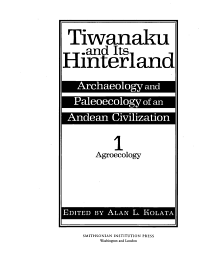 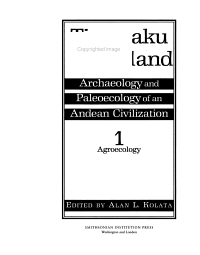 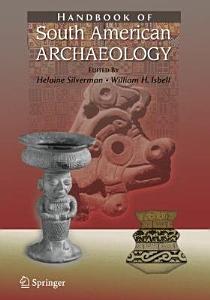 Book Description: Perhaps the contributions of South American archaeology to the larger field of world archaeology have been inadequately recognized. If so, this is probably because there have been relatively few archaeologists working in South America outside of Peru and recent advances in knowledge in other parts of the continent are only beginning to enter larger archaeological discourse. Many ideas of and about South American archaeology held by scholars from outside the area are going to change irrevocably with the appearance of the present volume. Not only does the Handbook of South American Archaeology (HSAA) provide immense and broad information about ancient South America, the volume also showcases the contributions made by South Americans to social theory. Moreover, one of the merits of this volume is that about half the authors (30) are South Americans, and the bibliographies in their chapters will be especially useful guides to Spanish and Portuguese literature as well as to the latest research. It is inevitable that the HSAA will be compared with the multi-volume Handbook of South American Indians (HSAI), with its detailed descriptions of indigenous peoples of South America, that was organized and edited by Julian Steward. Although there are heroic archaeological essays in the HSAI, by the likes of Junius Bird, Gordon Willey, John Rowe, and John Murra, Steward states frankly in his introduction to Volume Two that “arch- ology is included by way of background” to the ethnographic chapters.